On March 18, 1893, Wilfred Edward Salter Owen was born in Shropshire, England. After the death of his grandfather in 1897, the family moved to Birkenhead, where Owen was educated at the Birkenhead Institute. After another move in 1906, he continued his studies at the Technical School in Shrewsbury. Interested in the arts at a young age, Owen began to experiment with poetry at 17.

After failing to gain entrance into the University of London, Owen spent a year as a lay assistant to Reverend Herbert Wigan in 1911 and went on to teach in France at the Berlitz School of English. By 1915, he had become increasingly interested in World War I and enlisted in the Artists’ Rifles group. After training in England, Owen was commissioned as a second lieutenant.

He was wounded in combat in 1917 and evacuated to Craiglockhart War Hospital near Edinburgh after being diagnosed with shell shock. There he met another patient, poet Siegfried Sassoon, who served as a mentor and introduced him to well-known literary figures such as Robert Graves and H. G. Wells. 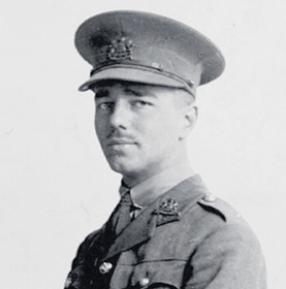