Vladislav Petković was born in Zablaće, a village near Čačak, in the Principality of Serbia. He made his way to Čačak, graduating from the Gymnasium and Teacher’s College in 1902. He was appointed temporary teacher at Prlita, a village near the town of Zaječar. He did not like teaching, and his small output of poetry brought him little income. In 1903, he moved to Belgrade, and became prominent in the literary life there, when his poems appeared in Idila, a literary magazine.Vladislav Petković chose his appellation “Dis” as a repetition of the middle syllable of his first name, but also as the name of the Roman god of the underworld. He was a frequent evening visitor to the Belgrade’s kafanas in Skadarlija and elsewhere where he would drink and compose new verse at the same time.

From Corfu Petković-Dis was sent to France to recuperate and write about the entire tragedy. In 1917, on his way back, on either 16 May or 29 May (varying sources), he became a civilian war casualty after boarding an Italian ship, destined for Corfu. It was torpedoed and sunk by a German submarine in the Ionian Sea. He is said to have predicted his unfortunate destiny, for one of his most famous collections of poems is called Drowned Souls, earning him the reputation of a “cursed poet”.He was 37 years old. 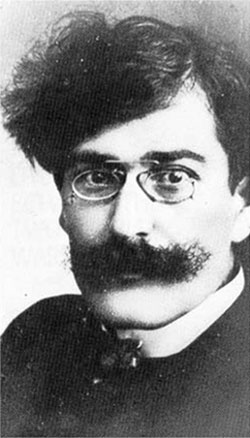