During his early, pre-Revolution period leading into 1917, Mayakovsky became renowned as a prominent figure of the Russian Futurist movement; being among the signers of the Futurist manifesto, A Slap in the Face of Public Taste (1913), and authoring poems such as A Cloud in Trousers (1915) and Backbone Flute (1916).
Though Mayakovsky’s work regularly demonstrated ideological and patriotic support for the ideology of the Communist Party and a strong admiration of Lenin, Mayakovsky’s relationship with the Soviet state was always complex and often tumultuous.
In 1930 Mayakovsky committed suicide. Even after death his relationship with the Soviet state remained unsteady. 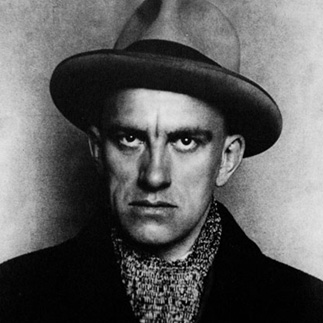