Vera Brittain worked as a Voluntary Aid Detachment (V.A.D.) nurse for much of the First World War, initially in Buxton and later in London, Malta and France. Her fiancé Roland Leighton, close friends Victor Richardson M.C. and Geoffrey Thurlow, and her brother Edward Brittain M.C. were all killed during the war. Their letters to each other are documented in the book Letters from a Lost Generation.
Source:
Wikipedia 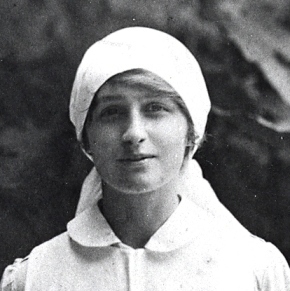