Tapio Tuomela (1958) studied composition at the Sibelius Academy in 1985-1988 and 1991-1993 with Eero Hämeenniemi, Magnus Lindberg, and Paavo Heininen, having first taken diploma degrees in piano and conducting in 1982 and 1987. He went on to study at the Eastman School of Music in Rochester, New York, with Chris Rouse and Joseph Schwantner (Master of Music degree in 1990), and with Witold Szalonek in Hochschule der Kunste in Berlin until 1991. In 2014, he finished his doctoral studies at the Sibelius-Academy, where he is teaching composition, orchestration and score reading part-time. Tuomela’s works have been performed at several international festivals of contemporary music (World Music Days, Moscow Forum, Gulbenkian, Présences, Sibelius&Beyond (London), Scandinavia Today (N.Y.), and Nordic Music Days, among others. His compositions have been twice selected by the UNESCO Rostrum, and he has received commissions by orchestras or ensembles in Scandinavia, France, Germany, Spain, Portugal, and Russia. He has had portrait concerts at the Helsinki Festival summer series 1991, at the Finnish Institute of Antwerp in 1998 and Paris in 2003, at Helsinki (Sibelius-Academy series) and in Turku Aboa Nova 2008. He was invited as a featured composer in the Nordic Music Festival in St Petersburg in 2005 and Festival Musiques Demésurées, Clermont-Ferrand, 2006.

Tuomela received the Kalevala Prize in 2005 for integration of the Finnish “rune” heritage in his contemporary musical language. In 2014 he was awarded the distinction Ordre national du mérite of France and Honorary Member of the Finnish Society of Composers. His opera Mothers and Daughters (libretto by Paavo Haavikko) was the Finnish candidate for the Nordic Music Prize in 2004 and its recording appeared in the “Top five” of the Magazine Fanfare classical music new recordings of 2009. Tuomela’s large scale works include Music to the mute Film Noidan kirot (Spell of the Sorcerer, 77 min), commissioned and performed by the Finnish Radio Symphony Orchestra in October 2010, and the chamber opera/melodrama Antti Puuhaara, 2009. Puuhaara has been performed nearly 30 times by Ensemble Musicatreize, last times at the Bastille opera (Young audiences -program at the Auditorium in December 2011), at Musée d’Orsay (Concert series of the Gallen-Kallela exhibition, March 2012), and at Musiikkitalo Helsinki, 2012. CDs Antti Puuhaara (along a book with illustrations by Hannu Väisänen) and Spells, choral music by T.Tuomela, were published in 2010.

His latest opera, Crossing of Four Roads, based on best-seller book of Tommi Kinnunen, was performed at Oulu City Theatre ten times to full audiences in January 2017. His Third Symphony “Crossroads” concluded the series of Finland 100 years – the heritage of Sibelius – at Lahti Sibelius Hall in December 2017.

As a part of his doctoral studies at the Sibelius-Academy, Tuomela combined academic research and artistic work with the bilingual song cycle Song Pairs. The first one was premiered by Soile Isokoski and Marita Viitasalo-Pohjola in September 2008; the more recent ones include Song Pairs Nr 3 at Musiikkitalo Helsinki (December 2011), Nr 4 at Kuopio Music Centre (November 2012), and Nr 2 at Wäinö Aaltonen Museum, Turku (February 2013). Tuomela held the position of Artistic Director of the Time of Music Festival between 1999 and 2008. Between 2008 and 2013, he was Composer-in-Residence of the Joensuu Orchestra and during 2010-14 chairman of the Society of Finnish Composers.

Tuomela still appears as conductor at times, with contemporary music and opera as his specialities. He has performed with professional orchestras in all Scandinavian countries, Germany, Spain, Portugal, Russia, and Lithuania. 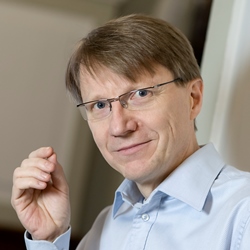