Rupert Chawner Brooke (middle name sometimes given as “Chaucer” (3 August 1887 – 23 April 1915) was an English poet known for his idealistic war sonnets written during the First World War, especially “The Soldier”. He was also known for his boyish good looks, which were said to have prompted the Irish poet W. B. Yeats to describe him as “the handsomest young man in England”

Brooke made friends among the Bloomsbury group of writers, some of whom admired his talent while others were more impressed by his good looks. He belonged to another literary group known as the Georgian Poets and was one of the most important of the Dymock poets, associated with the Gloucestershire village of Dymock where he spent some time before the war. He also lived in the Old Vicarage, Grantchester.

Brooke suffered a severe emotional crisis in 1912, caused by sexual confusion (he was bisexual) and jealousy, resulting in the breakdown of his long relationship with Ka Cox (Katherine Laird Cox). Brooke’s paranoia that Lytton Strachey had schemed to destroy his relationship with Cox by encouraging her to see Henry Lamb precipitated his break with his Bloomsbury group friends and played a part in his nervous collapse and subsequent rehabilitation trips to Germany.

As part of his recuperation, Brooke toured the United States and Canada to write travel diaries for the Westminster Gazette. He took the long way home, sailing across the Pacific and staying some months in the South Seas.

Brooke was an inspiration to poet John Gillespie Magee, Jr., author of the poem “High Flight”. Magee idolised Brooke and wrote a poem about him (“Sonnet to Rupert Brooke”). Magee also won the same poetry prize at Rugby School which Brooke had won 34 years earlier.

As a war poet Brooke came to public attention in 1915 when The Times Literary Supplement quoted two of his five sonnets (“IV: The Dead” and “V: The Soldier”) in full on 11 March and his sonnet “V: The Soldier” was read from the pulpit of St Paul’s Cathedral on Easter Sunday (4 April). Brooke’s most famous collection of poetry, containing all five sonnets, 1914 & Other Poems, was first published in May 1915 and, in testament to his popularity, ran to 11 further impressions that year and by June 1918 had reached its 24th impression; a process undoubtedly fuelled through posthumous interest. 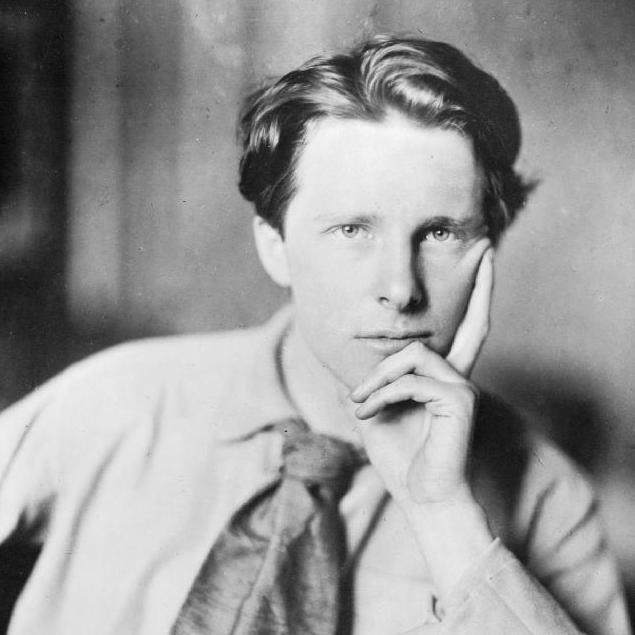