Roland was brought up initially at “Vallombrosa” 40 Abbey Road, St John’s Wood, North London, and later at “Heather Cliff” a large Edwardian house above the beach at Lowestoft. Leighton developed an interest in reading poetry, and writing his own verse whilst at Uppingham School. He subsequently used the medium of poetry to express his burgeoning love for Vera Brittain. She subsequently became his fiancée in August 1915. The pair only saw each other fleetingly during Leighton’s brief periods of leave from the front before his death in late December 1915.
Source: Wikipedia 2016
https://en.wikipedia.org/wiki/Roland_Leighton 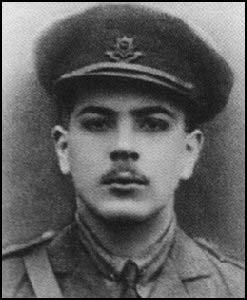