Pavel Golia was born in a relatively wealthy family in Trebnje. Between 1907 and 1915, he served as an officer in the Austro-Hungarian Army. In 1918, he was a journalist in Moscow. Later, he worked as a dramaturge or manager of the national theaters in Ljubljana (1920–46, with a two-year break), Osijek, and Belgrade. He died in Ljubljana.

Golia wrote his first collection of poems, titled Alkohol (“Alcohol”), in 1908. It was published only in 1914. He wrote poems for about 40 years. According to the literary historian Igor Grdina, Golia was an intimate poet who wrote about alcoholism, prostitution, and deviant people. Emotions in his poetry are not serious. He was influenced by Oton Župančič, but developed his own form, sometimes closer to artistry. 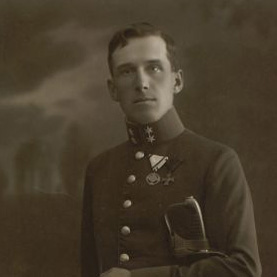