Oton Župančič (January 23, 1878 – June 11, 1949, pseudonym Gojko[1]) was a Slovene poet, translator and playwright. He is regarded, alongside Ivan Cankar, Dragotin Kette and Josip Murn, as the beginner of modernism in Slovene literature.

Župančič published his first collection of poems in 1899 under the title Čaša opojnosti (“The Goblet of Inebriation”). The collection, published at the same time and by the same publisher as Cankar’s controversial book Erotika (“Eroticism”), was a compendium of poems from Župančič’s earlier periods, when he had been strongly influenced by the decadent movement. The two books marked the beginning of modernism in Slovenian literature, caused a controversy. All issues of Cankar’s Erotika were bought by the then bishop of Ljubljana Anton Bonaventura Jeglič and destroyed, while Župančič’s Čaša opojnosti was condemned by the most renowned Slovene conservative thinker of the time, the neo-thomist philosopher Aleš Ušeničnik. 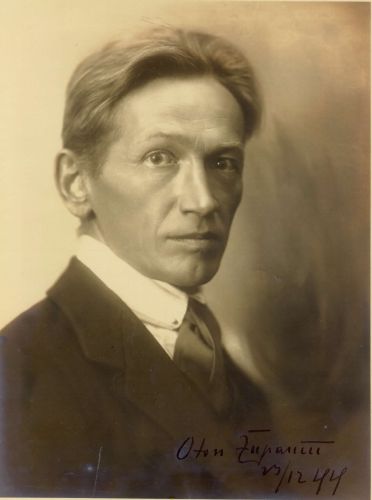