(26 October 1893 – 30 November 1977) was a poet of the expressionist wing of Serbian modernism, author, and a diplomat. From his beginnings as a journalist whose social-political stance was at one moment openly opposed to freedom and progress, he gradually arose to become a poet and romanticist.

Crnjanski was born in Csongrád, Hungary, to an impoverished family which moved in 1896 to Temesvár (today Timişoara, Romania) where he grew up in a patriarchal-patriotic community with the implanted cult of Serbia and Serbian heritage in his soul as a precious relic. He completed the elementary school in Pančevo, and Grammar school in Timişoara. Then he started attending the Export academy in Rijeka in 1912, and in the autumn of the following year he started studying in Vienna.

At the beginning of World War I, Crnjanski was persecuted as part of the general anti-Serbian retribution of Austria to Princip’s assassination in Sarajevo, but instead of being sent to jail, he was drafted to army and sent to the Galician frontline to fight against the Russians where he was wounded in 1915. During most of these tragic war days, Crnjanski spent time alone in a Vienna war hospital, although just before the end of the war he was sent to the Italian front. In his memory, sights of the havoc of war were impressed unerasably.

After the war, he completed his studies of art history and philosophy in Vienna and graduated from the University of Belgrade as one of the students of the famous literature critic Bogdan Popovic.

Thirty million innocent young war dead found their place in the anti-war verses of this unfortunate young soldier, ideas which he brought from the war, then to Zagreb and to Belgrade, where he stayed for the longest time. From this point on, Crnjanski lived like Homer’s unfortunate hero, who returns to his poem Ithaca after his long odyssey. Odysseus, this hero found a way to preserve the vital strength of life, unlike Crnjanski who (along with his generation) returned to their destroyed homeland with the feeling of tiredness and resignation. Both in his wartime and post-war verses, this tired poet wrote sincerely of his resignation and lost illusions.

From his ramble across bloody frontlines of Europe, Crnjanski returned to thoughts about the necessity of dispelling the false myths of the “eternal” values of civil ethics. Both in poetry and life, he lives as a sentimental anarchist and tired defeatist who remembered sorrowfully the relics of his youth, now in his eyes discarded, bloodied, and spat upon. At the time he considered himself a member of progressive social forces and argued for socialism, but his rebellion from those days was only perhaps a strong reaction to the horrors of the recent wars.

The literary work of Miloš Crnjanski from that period was a significant contribution to the effort of his generation to find a new language and expression for new themes and concepts. With completely new verse, and a lot of emotional bitterness, he expressed his discord. In those days, he spoke about the futility of war, the pungently negated Kosovo battle myths and sarcastically mocked what he saw as the delusion of a “golden century” for mankind. 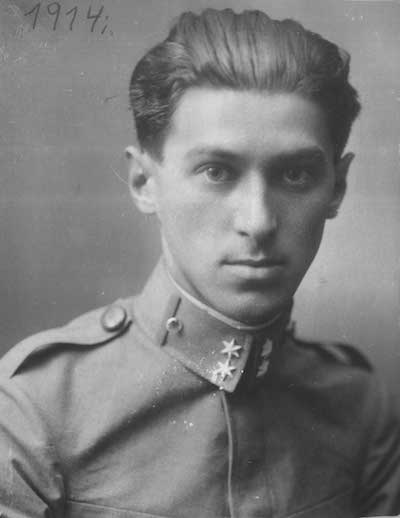