She was born as the child of shopkeepers in Normandie. When her mother is widowed, she takes four orphans into her house; which stimulates Vernet’s vocation as an educator. In 1906, she establishes the orphanage L’Avenir Social (The social future) in Paris, which she runs until 1922. She pubishes regularly about social issues in journals, but also writes novels and poetry. During the first World War, she speaks out for pacifism, and is co-founder of Ligue des femmes contre la guerre (the leaguge of women agains war). The children of Marie and Francoix Mayoux, imprisoned for antimilitarism, stay with Vernet during this time. In 1927 she founds the magazine La volonté de paix that appears until 1936, when it is forbidden as a result of the trail of Louis Tribier for antimilitarist activities. 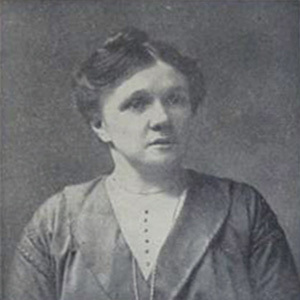