(pronounced [ǐʋan ǐːʋɔ ǎːndritɕ]) (9 October 1892 – 13 March 1975) was a Yugoslav novelist, short story writer, and the 1961 winner of the Nobel Prize in Literature. His writings dealt mainly with life in his native Bosnia under the Ottoman Empire.

Ivan Andrić was born on 9 October 1892, to Bosnian Croat parents in Travnik, in Austro-Hungarian–controlled Bosnia and Herzegovina. He was born as Ivan, but became known by the diminutive Ivo. When Andrić was two years old, his father Antun died. Because his mother Katarina was too poor to support him, he was raised by his mother’s family in the town of Višegrad on the river Drina in eastern Bosnia, where he saw the 16th-century Mehmed Paša Sokolović Bridge, later made famous in his novel The Bridge on the Drina (Na Drini ćuprija).

Andrić attended Sarajevo’s gymnasium and later he studied philosophy at the Universities of Zagreb (1912 and 1918), Vienna (1913), Kraków (1914), and Graz (PhD, 1924). Because of his political activities, Andrić was imprisoned by the Austrian government during World War I (first in Maribor and later in the Doboj detention camp) alongside other pro-Yugoslav civilians.

Andric started his literary career as a poet. In 1914 he was one of the contributors to Hrvatska mlada lirika (Young Croatian Lyrics). Under the newly formed Kingdom of Serbs, Croats, and Slovenes (later Kingdom of Yugoslavia) Andrić became a civil servant, first in the Ministry of Faiths and then the Ministry of Foreign Affairs, where he pursued a successful diplomatic career as Deputy Foreign Minister.

In 1961, he was awarded the Nobel Prize for Literature “for the epic force with which he has traced themes and depicted human destinies drawn from the history of his country”. He donated all of the prize money for the improvement of libraries in Bosnia and Herzegovina. He was member of the Serbian Academy of Sciences and Arts. 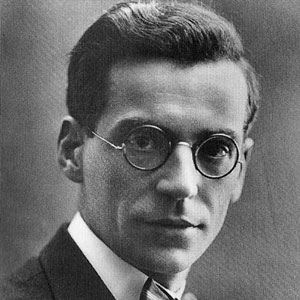