Miss GM West, born in Selsby was a middle-class volunteer in the Women’s Police Service who wrote about the Welsh munitions plant staffed by women where she was stationed.
“The girls here are very rough and their language is sometimes too terrible. But they are also very impressionable, shrieking with rage one minute and on quite friendly terms the next. They several times threatened to duck the WPS officer and did once throw a basin of dirty water over her.”

During the war she witnessed the influx of Belgian refugees in Selsby. She worked as a VAD cook in Red Cross hospitals, 1914 – 1916, at Farnborough Aircraft Factory from January 1916, and then as a Women Police officer in munitions factories. 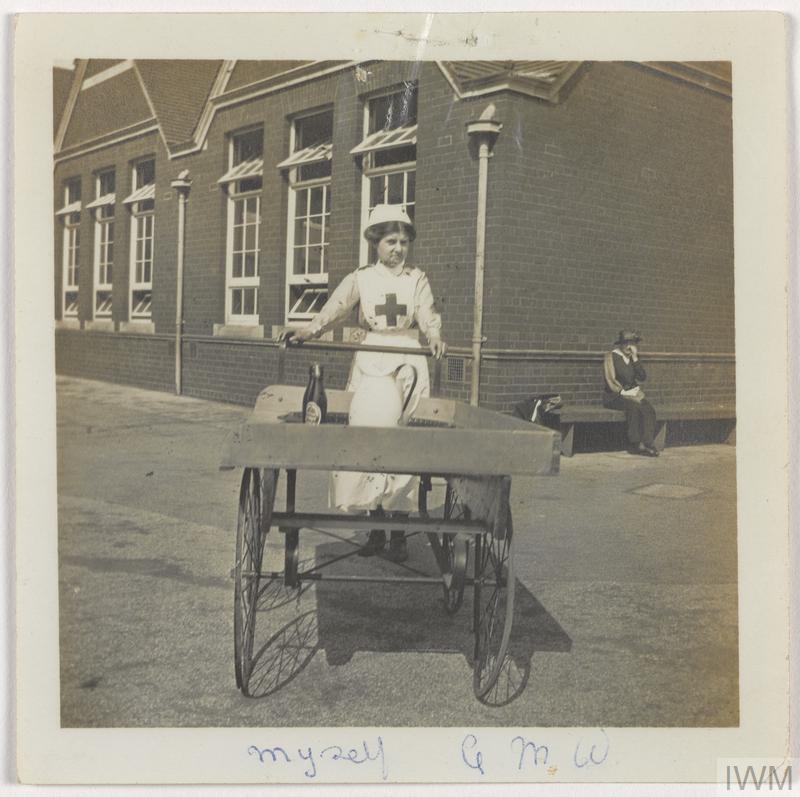