MC (27 June 1883 – 8 March 1929), was an Anglican priest and poet. He was nicknamed ‘Woodbine Willie’ during World War I for giving Woodbine cigarettes along with spiritual aid to injured and dying soldiers.

Born in Leeds in 1883, Studdert Kennedy was the seventh of nine children born to Jeanette Anketell and William Studdert Kennedy, vicar of St Mary’s, Quarry Hill in Leeds. He was educated at Leeds Grammar School and Trinity College, Dublin, where he gained a degree in classics and divinity in 1904. After a year’s training at Ripon Clergy College, he became a curate in Rugby and then, in 1914, the vicar of St. Paul’s, Worcester.

On the outbreak of World War I, Studdert Kennedy volunteered as a chaplain to the army on the Western Front, where he gained the nickname ‘Woodbine Willie’.[3] In 1917, he was awarded the Military Cross at Messines Ridge after running into no man’s land to help the wounded during an attack on the German frontline.
He wrote a number of poems about his experiences, and these appeared in the books Rough Rhymes of a Padre (1918), and More Rough Rhymes (1919).
During the war he supported the British military effort with enthusiasm. Attached to a bayonet-training service, chaplain Kennedy toured with boxers and wrestlers to give morale-boosting speeches about the usefulness of the bayonet.

After the war, Studdert Kennedy was given charge of St Edmund, King and Martyr in Lombard Street, London. Having been converted to Christian socialism and pacifism during the war, he wrote Lies (1919), Democracy and the Dog-Collar (1921) (featuring such chapters as “The Church Is Not a Movement but a Mob,” “Capitalism is Nothing But Greed, Grab, and Profit-Mongering,” and “So-Called Religious Education Worse than Useless”), Food for the Fed Up (1921), The Wicket Gate (1923), and The Word and the Work (1925). He moved to work for the Industrial Christian Fellowship, for whom he went on speaking tours of Britain. It was on one of these tours that he was taken ill. He died in Liverpool.
He is mentioned in the Divine Comedy song “Absent Friends”: “Woodbine Willie couldn’t rest until he’d/given every bloke a final smoke/before the killing,” and in Finnegans Wake by Irish author James Joyce: “tsingirillies’ zyngarettes, while Woodbine Willie, so popiular with the poppyrossies” (351).

Studdert Kennedy was awarded the Military Cross (MC) during World War I. His citation read: For conspicuous gallantry and devotion to duty. He showed the greatest courage and disregard for his own safety in attending to the wounded under heavy fire. He searched shell holes for our own and enemy wounded, assisting them to the dressing station, and his cheerfulness and endurance had a splendid effect upon all ranks in the front line trenches, which he constantly visited.

The Museum of Army Chaplaincy also honours Kennedy with a large display about his life. Furthermore, in February 2013, John Packer, Bishop of Ripon and Leeds unveiled a commemorative plaque in Ripon, North Yorkshire, to honour the Ripon Clergy College and Studdert Kennedy.

Studdert Kennedy is commemorated with a feast day on the liturgical calendars of the Church of England and the Episcopal Church (USA) on 8 March. 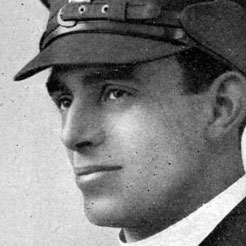