Born in Sydney, Manning was the son (one of eight children) of local politician William Patrick Manning. His family were Roman Catholics of Irish origin. A sickly child (asthma), Manning was educated exclusively at home. He settled in the United Kingdom in 1903.

When war broke out, Manning was keen to enlist, possibly to escape from a stifling environment and to widen his horizons. A man with his fragile constitution and unhealthy lifestyle was not going to be an attractive proposition for the military authorities, but in October 1915 after several attempts, his persistence paid off and he enrolled in the King’s Shropshire Light Infantry. He was a private with the service number 19022. He was selected for officer training, but failed the course. Sent to France in 1916, Manning experienced action with the 7th Battalion at theBattle of the Somme, was promoted to lance-corporal and experienced life in the trenches. He was recalled for further training and posted to Ireland in May 1917 with a commission as asecond lieutenant in the Royal Irish Regiment. The life of an officer did not agree with him, he seems not to have integrated particularly well, he drank excessively, getting into trouble with his superiors. The inebriation was put down to neurasthenia, but Manning resigned his commission on 28 February 1918.

Frederic Manning never married. His biographers suggest he eschewed intimacy, and that his long-time host Galton and the hostesses of the literary salons which he visited should be seen as “parent-substitute” figures. Like his hero Bourne, Manning was a private person, who kept his own counsel. Manning died of respiratory diseases at a Hampstead nursing home. Hisobituary appeared in The Times on 26 February 1935. He is interred at Kensal Green cemetery. 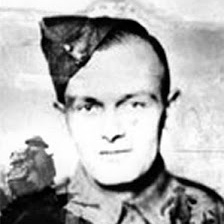