France Bevk (17 September 1890 – 17 September 1970) was a Slovene writer, poet and translator. He also wrote under the pseudonym Pavle Sedmak.
Bevk was born in the mountain village of Zakojca (Coizza during Italian rule, now part of the Municipality of Cerkno) in the County of Gorizia and Gradisca of what was then the Austro-Hungarian Empire, now in Slovenia. He was the oldest of eight children born to the tenant farmer and shoemaker Ivan Bevk and his wife Katarina (née Čufer).

Bevk attended school in Bukovo until 1904, and then in Kranj (1905), Koper (1908), and Gorizia (1909), and became a teacher in the Slovene Littoral. His first teaching position was in the village of Orehek. During the First World War he was a soldier on the Eastern Front and for a while at a military school in Hungary.
After the war he worked for various newspapers in Ljubljana. In 1920 he moved to Gorizia dedicating himself to cultural and political activism in the Slovene Littoral, then under Italian rule. He was frequently prosecuted by Italian Fascist authorities and interned for his activities. In 1935 he had to leave the Julian March and moved to Ljubljana, in the Kingdom of Yugoslavia. There, he came in contact with the vibrant cultural life of the Slovenian capital, becoming friends with figures such as the painter Zoran Mušič, writer Vladimir Bartol, political activist and author Lavo Čermelj, literary critic Josip Vidmar and art historian France Stele.

After the Axis invasion of Yugoslavia in April 1941, he was imprisoned by the Italian occupation authorities due to his public Anti-Fascist stance. In 1943, he escaped from prison and joined the Slovene Partisans. After the end of World War II, he moved to Trieste and later back to Ljubljana. In 1953 he became a member of the Slovenian Academy of Sciences and Arts. He received the Prešeren Award, the most prestigious award for artistic achievements in Slovenia, twice, in 1949 and in 1954. He died in Ljubljana on his 80th birthday. 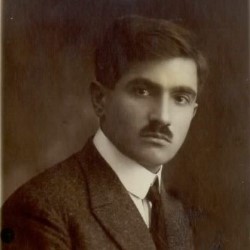