Eduard Bagritskii (1895-1934), was a major Russian-Jewish poet. Overlooked in the West, Bagritskii’s life and art typify the tortured destiny of Russia’s Jews. Born in Odessa, Bagritskii participated in both the February 1917 Revolution and the Russian Civil War–these events formed the thematic core of his writings. Like his close friend and artistic contemporary Isaak Babel, Bagritskii moved to Moscow in the 1920s. Bagritskii’s later years were marked by a critical examination of his own Jewish identity. As a Jew, a Russian poet, and a revolutionary idealist, Bagritskii once believed that the liberated Jews of the Russian Empire would enjoy harmony with their fellow Soviet citizens, giving rise to the new figure of “Homo sovieticus Judaeus.” Bagritskii’s dreams were shattered as a wave of popular anti-Semitism struck Soviet society in the late 1920s. He realized that Soviet ideology not only demanded that Jews shed their cultural, historical, and religious identity but also encouraged them to engage in a Soviet brand of Jewish self-hatred. The poet’s initial rejection of his Jewish self was followed by a return to a biblical notion of Jewish selfhood. Bagritskii’s last testament, the narrative poem “February,”is a controversial story of a Jewish youth’s rejection by and subsequent triumph over an ethnic Russian girl from the upper class. “Russian Poet/Soviet Jew” includes the first English translation of this seminal work.
Source:
Google Books 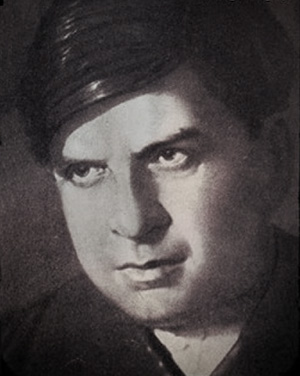 A. van Cauwelaert
Scroll to top