(Serbian Cyrillic: Душан Васиљев; 1900–1924) was a Serbian poet, novelist and playwright. He was one of the most significant Serbian expressionists.

Vasiljev was born on 19 July 1900 in Velika Kikinda in the Banat region, then part of the Austro-Hungarian Empire, now part of Serbia. His mother, Rakila, was from Perlez in and his father’s name was Kosta. Dušan had two sisters, Aleksandra and Jelena, and a brother, Spasoje.[1] His mother died in 1904 and his father re-married. This marriage produced another five children, three of which died at childbirth.

Dušan attended primary school in his hometown of Kikinda, and secondary school in Temišvar, where his family moved in 1911.

The outbreak of World War I saw his father mobilised to the front, leaving Dušan to care for his siblings. He attended Teachers’ College and worked as a clerk at the same time, and in 1917 he too joined the army. He was mobilised in 1918 and sent to the front at Pjavi, part of the Serbian breakthrough from Salonika. He returned home exhausted and suffering from symptoms of malaria and bronchitis. On his return to Temišvar he continued working for the Serbian army as a clerk and interpreter. 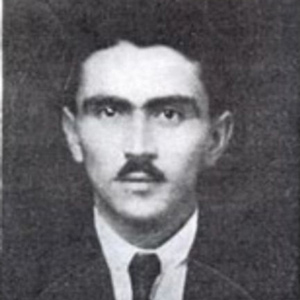