After finishing the gymnasium in Zagreb, in 1922 he started working as a teacher at the civil school in Virje. Frpm 1925, he fought tuberculosis, going for treatment in Topolšica, Zagreb and Koprivnica. In his brief lifetime he published two books of poetry: Osamljenim stazama (“By lonesome paths”) and Kućice u Dolu (“Little houses in Dol”). He also wrote several novels and feuilletons.

Sudeta is a poet of dusky sentiments, rain, anxiety, disease and perishing, in need of the sun, vivacity, spring and harmony, when confronted with the brutal reality of death. Sudeta’s lyrics are abounding with straightforwardness,  divine religious inspiration, seeking for comfort of the solitude and the redemption in the idyllic quietude of snow-white churches.

Among the myriad of short stories he wrote, the modern lyrical-fantastic novel Mor stands apart. He also wrote poems, magazine articles and political discussions in Luč, Hrvatska prosvjeta and Vijenac. 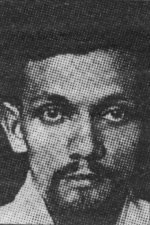