Camillo Sbarbaro (Santa Margherita Ligure, 12 gennaio 1888 – Savona, 30 ottobre 1967) was an Italian poet, writer and aphorist; together with Maria Cengia Sambo, he was also the most prominet lichenologist in the first half of the nineteenth century.

In 1894, his family moved to the Ligurian town of Varazze, where Sbarbaro went to school. In 1904 he went to study in Savona, where he met the writer Remigio Zena, who encourages him to write poetry. One of his teachers is the philosopher Adelchi Baratono, who will have a profound influence on his work.

In 1910, he starts working in the iron industry in Savona. His first success as poet comes in 1911, when his story Resine is published. In 1914 he published a collection of poems Pianissimo and in the same year, he moves to Florence where he meets Ardengo Soffici, Giovanni Papini, Dino Campana, Ottone Rosai and other artists.

At the outbreak of World War I, Sbarbaro leave his job and enrols as volunteer in the Italian red cross. In February 1917, he is called to arms. In this period, he writes the prose collection that will make his name as a writer when it is published in 1919. 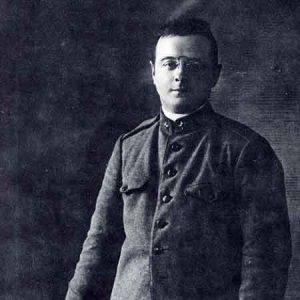