(January 30, 1912 – February 6, 1989) was an American historian and author. She won the Pulitzer Prize twice, for The Guns of August (later August 1914), a best-selling history of the prelude to and the first month of World War I, and Stilwell and the American Experience in China, 1911–45, a biography of General Joseph Stilwell. Tuchman focused on writing popular history.

In a 1963 lecture, Tuchman recalled: “History began to exert its fascination upon me when I was about six, through the medium of the Twins series by Lucy Fitch Perkins. I became absorbed in the fortunes of the Dutch Twins; the Twins of the American Revolution, who daringly painted the name ‘Modeerf’, or ‘Freedom’ spelled backwards, on their rowboat; and especially the Belgian Twins, who suffered under the German occupation in 1914. After the Twins, I went through a G.A. Henty period and bled with Wolfe in Canada. Then came a prolonged Dumas period, during which I became so acquainted with the Valois Kings, Queens, Royal Mistresses, and various Ducs de Guise that when we visited the French Chateaux I was able to point out to my family just who had stabbed whom in which room. Conan Doyle’s The White Company, and, above all, Jane Porter’s The Scottish Chiefs, were the definitive influence. As the noble Wallace, in tartan and velvet tam, I went to my first masquerade party, stalking in silent tragedy among the twelve year old Florence Nightingales and Juliets. In the book the treachery of the Countess of Mar, who betrayed Wallace, carried a footnote that left its mark on me. ‘The crimes of this wicked woman,’ it said darkly, ‘are verified by history.'”

She attended the Walden School on Manhattan’s Upper West Side. She received her Bachelor of Arts from Radcliffe College in Cambridge, Massachusetts, in 1933.

From 1934 to 1935, she worked as a research assistant at the Institute of Pacific Relations in New York and Tokyo, and then began a career as a journalist before turning to writing books. When John Loomis Sherman left as head of a Communist spy ring in Tokyo (second to that of Richard Sorge), Tuchman took over Sherman’s cover (less espionage activities) as head of Tokyo offices for the American Feature Writers Syndicate (established in New York City by Sherman, literary agent Maxim Lieber, and fellow Soviet Underground spy Whittaker Chambers).

As a journalist, she was the editorial assistant for The Nation, a newspaper her father had bought to save it from bankruptcy. In 1937, in the course of the Spanish Civil War, she went to Valencia and Madrid in 1937 to work as war correspondent for The Nation.[5] Tuchman was a trustee of Radcliffe College and a lecturer at Harvard University, the University of California, and the Naval War College. A tower of Currier House, a residential division of Harvard College was named in her honor.

In 1939, she married Lester R. Tuchman, an internist, medical researcher and professor of clinical medicine at Mount Sinai School of Medicine in Manhattan. They had three daughters, including Jessica Mathews, president of the Carnegie Endowment for International Peace.

Disaster is rarely as pervasive as it seems from recorded accounts. The fact of being on the record makes it appear continuous and ubiquitous whereas it is more likely to have been sporadic both in time and place. Besides, persistence of the normal is usually greater than the effect of the disturbance, as we know from our own times. After absorbing the news of today, one expects to face a world consisting entirely of strikes, crimes, power failures, broken water mains, stalled trains, school shutdowns, muggers, drug addicts, neo-Nazis, and rapists. The fact is that one can come home in the evening–on a lucky day–without having encountered more than one or two of these phenomena. This has led me to formulate Tuchman’s Law, as follows: “The fact of being reported multiplies the apparent extent of any deplorable development by five- to tenfold” (or any figure the reader would care to supply).
Tuchman’s Law has been defined as a psychological principle of “perceptual readiness” or “subjective probability”.

Awards and honors
Tuchman twice won the Pulitzer Prize for General Non-Fiction, first for The Guns of August in 1963, and again for Stilwell and the American Experience in China, 1911–45 in 1972. In 1978, she was elected a Fellow of the American Academy of Arts and Sciences. She won a U.S. National Book Award in History for the first paperback edition of A Distant Mirror in 1980.
Also in 1980 the National Endowment for the Humanities (NEH) selected Tuchman for the Jefferson Lecture, the U.S. federal government’s highest honor for achievement in the humanities. Tuchman’s lecture was entitled “Mankind’s Better Moments”. 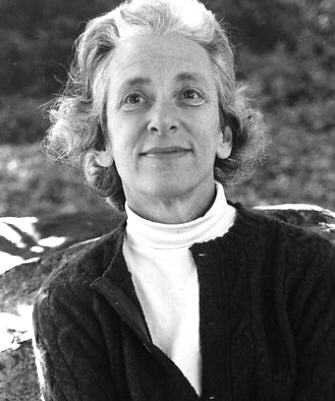