August van Cauwelaert (1885-1945) was a novelist, essayist and poet. Brother of politician Frans van Cauwelaert. He studied law in Leuven. After he returned heavily crippled from the Great War, where he was a volunteer on the frontline, he settled as a lawyer in Antwerp. Later he became a judge.
Before the war he wrote tender, sensitive lyric, heavily based on Van de Woestijne; The bitter experiences in the war change his work completely. ‘Liederen van droom en daad’ (1918) are a poetic residu of his years at the frontline.
Source:
Het Archief 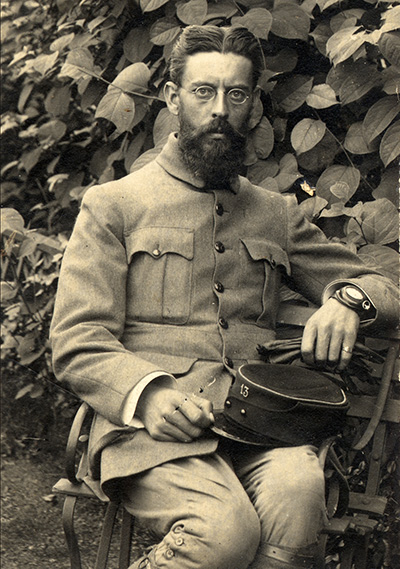