(1889-1966) was born Anna Andreevna Gorenko. She was raised in an upper class family in the town of Tsarskoye Selo, near St. Petersburg. At an early age, she became interested in poetry, though it was not fashionable at the time. When her father found out about her aspirations, he told her not to shame the family name by becoming a “decadent poetess” . He forced her to take a pen-name, and she chose the last name of her maternal Great-Grandmother, a Tartar. In 1910, Akhmatova married Nikolai Gumilev.

In 1917, during World War I, Achmatova’s third book, White Flock, was published. Russia experienced extremely heavy losses during the war, and Achmatova often gave poetry readings for the benefit of the wounded. 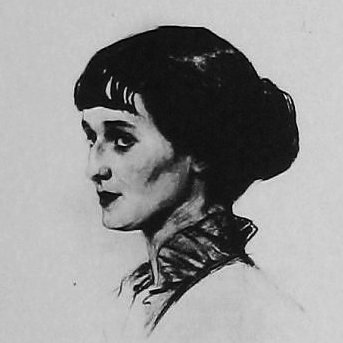