Gertrud Käthe Chodziesner (10 December 1894 – March 1943), known by the literary pseudonym Gertrud Kolmar, was a German lyric poet and writer. She was born in Berlin and died, after her arrest and deportation as a Jew, in Auschwitz, a victim of the Nazi Final Solution. Though she was a cousin of Walter Benjamin, little is known of her life. She is considered one of the finest poets in the German language.

Gertrud Kolmar came from an assimilated middle-class German Jewish family. She grew up in Berlin’s Charlottenburg quarter, in the present-day Berlin-Westend, and was educated in several private schools, the last one being a women’s agricultural and home economics college at Elbisbach near Leipzig. While active as a kindergarten teacher, she learnt Russian and completed a course in 1915/1916 for language teachers in Berlin, graduating with a diploma in English and French. At about this time she had a brief affair with an army officer, Karl Jodel, which ended with an abortion, which her parents insisted on her having. During the last two years of World War I she was also employed as an interpreter and censor of soldiers’ correspondence in a prisoner-of-war camp in Döberitz, near Berlin.

In 1917 her first book, simply titled ‘Poems’, (Gedichte) appeared, under the pseudonym of Gertrud Kolmar, Kolmar being the German name for the town of Chodzież in the former Prussian province of Posen from which her family came. After the war, she worked as a governess for several families in Berlin, and briefly, in 1927, in Hamburg, as a teacher of the handicapped. In that same year she undertook a study trip to France, staying in Paris and Dijon, where she trained to be an interpreter. In 1928, she returned to her family home after her mother’s health deteriorated in order to look after the household. Upon her mother’s death in March 1930, she worked as her father’s secretary.

In the late 1920s her poems began to appear in various literary journals and anthologies. Her third volume, ‘Die Frau und die Tiere’ came out under a Jewish publisher’s imprint in August 1938 but was pulped after the Kristallnacht pogrom in November of that year. The Chodziesner family, as a result of the intensification of the persecution of Jews under National Socialism, had to sell its house in the Berlin suburb of Finkenkrug, which, to Kolmar’s imagination became her ‘lost paradise’ (das verlorene Paradies), and was constrained to take over a floor in an apartment block called ‘Jewshome’ (Judenhaus) in the Berlin suburb of Schöneberg.

From July 1941 she was ordered to work in a forced labour corvée in the German armaments industry. Her father was deported in September 1942 to Theresienstadt where he died in February 1943. Gertrud Kolmar was arrested in the course of a factory raid on the 27th of February 1943, and transported on 2 March to the Auschwitz. Though the date and circumstances of her death are not known. 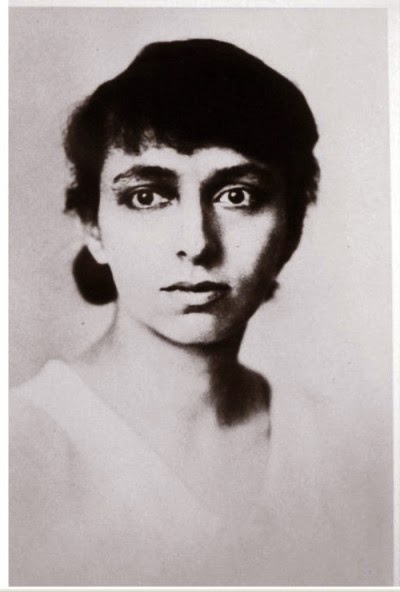