War afflicting the world with its squadrons

War afflicting the world with its squadrons

War af flicting the world with its squadrons, It’s the perfect type of error of philosophy.
War, like everything human, wants to alter. But war, more than everything, wants to alter and alter a lot And
alter quickly.
But war inflicts death. And death is the Universe’s disdain for us. Having death as a consequence, war
proves it’s false. Being false, it proves that everything is false that wants to alter.
Let’s leave the exterior universe and other men where Nature puts them. Everything is pride and
unconsciousness. It’s all wanting to shift itself, to make things, to leave a trace. The exterior universe comes
back to the heart
And the commander of squadrons in big chunks.
The direct chemistry of Nature Leaves no empty place for thought.
Humanity is a slave-revolt. Humanity is a government usurped by the people. It exists because it usurped,
but it’s wrong because usurping means not having the right to.
Let the exterior universe and natural humanity exist! Peace to all pre-human things, even in people! Peace to
the entirely exterior essence of the Universe! 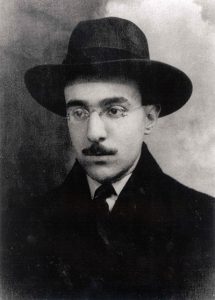